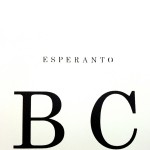 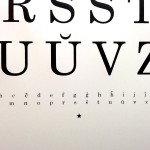 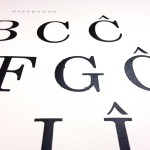 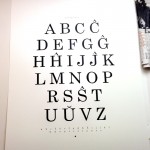 It’s really fascinating this ambitious idea to create a new language to foster harmony between people. Esperanto is, after 125 years, still spoken, but I guess English is hard to compete with (which we also use on this web site). If it wasn’t for M. A. Numminen we might not have thought about it  that much. But a language he knows and even sings in must be worth a hand silkscreened poster!

Esperanto is the most widely spoken constructed international auxiliary language. Its name derives from Doktoro Esperanto (“Esperanto” translates as “one who hopes”), the pseudonym under which L. L. Zamenhof published the first book detailing Esperanto, the Unua Libro, on July 26, 1887. Zamenhof’s goal was to create an easy-to-learn and politically neutral language that transcends nationality and would foster peace and international understanding between people with different regional and/or national languages.

This poster is part of a series we are working on that explores the graphic expression of languages (and the relationships between people) with the starting point in Sweden, where we live.

Buy it here in our shop!